Illustration on Page 410a of the [1910] R.F. Fenno & Co. Reprint Depicting the Horse Whipping Scene 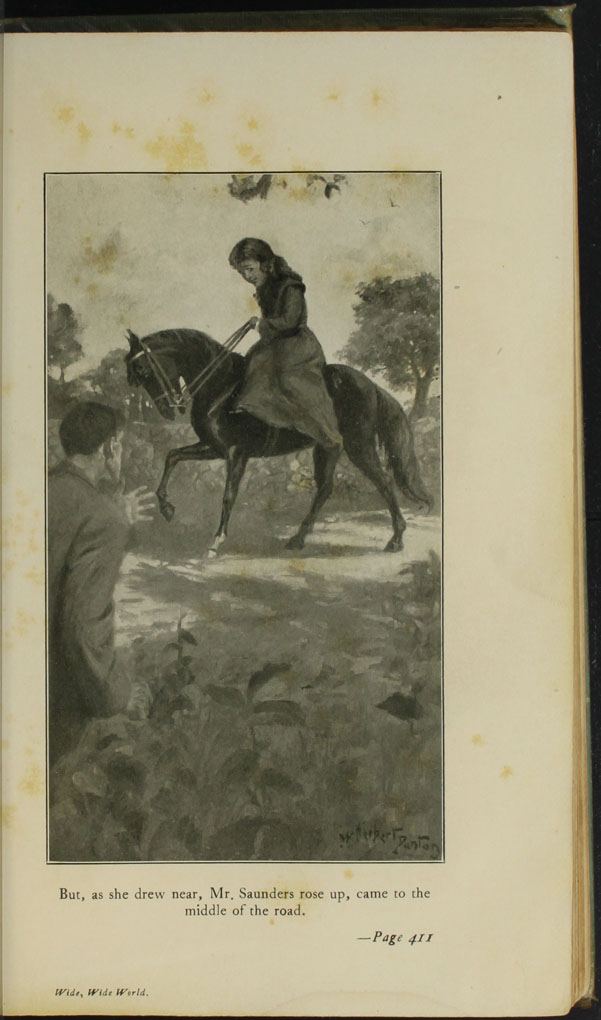 This illustration, appearing on page 410a of the [1910] R. F. Fenno & Company reprint, depicts Ellen being approached by Mr. Saunders. A caption below the illustration quotes a sentence from page 411 and reads, "But, as she drew near, Mr. Saunders rose up, came to the middle of the road." In the illustration, Ellen sits on the Brownie and looks anxiously at Mr. Saunders, who stands on the side of the road, his back to the viewer, with his hand extending out toward Ellen. Mr. Saunders is surrounded by foliage and several trees stand in the background behind Ellen.