Illustration on page 516a of the [1890] Frederick Warne & Co. Reprint Depicting a Ship at Sea 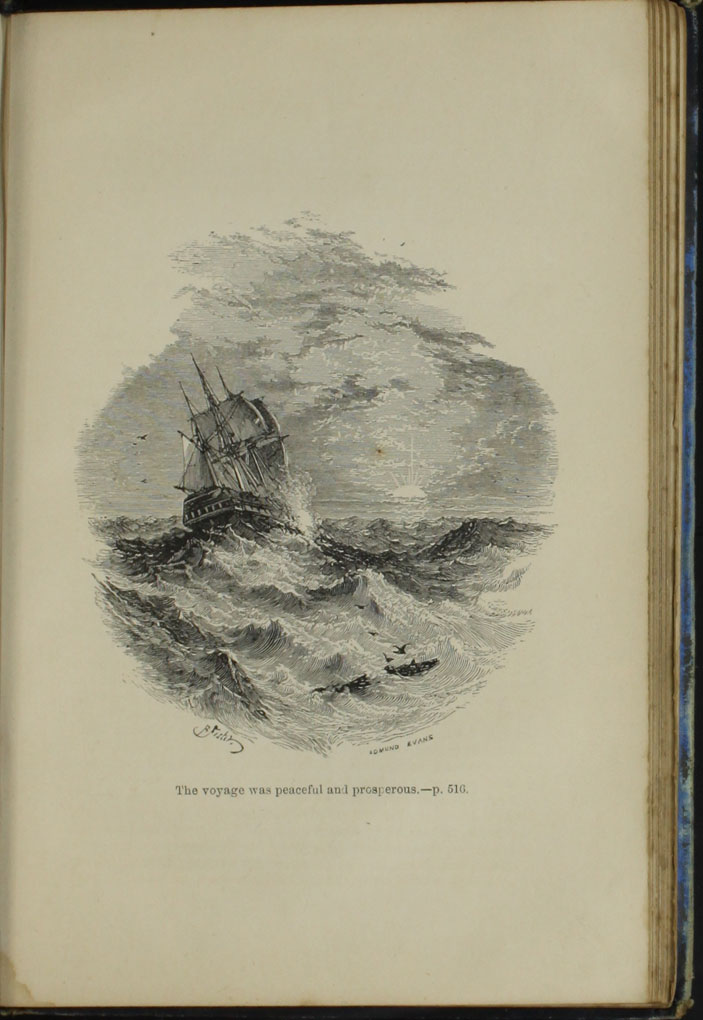 This black and white illustration, appearing on page 516a of the [1890] Frederick Warne and Co. reprint, depicts a ship on a rough sea. The illustration first appeared without color in James Nisbet's 1853 Author's Edition (see 3WIS). The image depicts a large ship on a dark, rough sea. The ship is heading towards the horizon as the sun rises. A caption below the illustration quotes a sentence from page 516 and reads, "The voyage was peaceful and prosperous," contrasting the roughness of the sea.