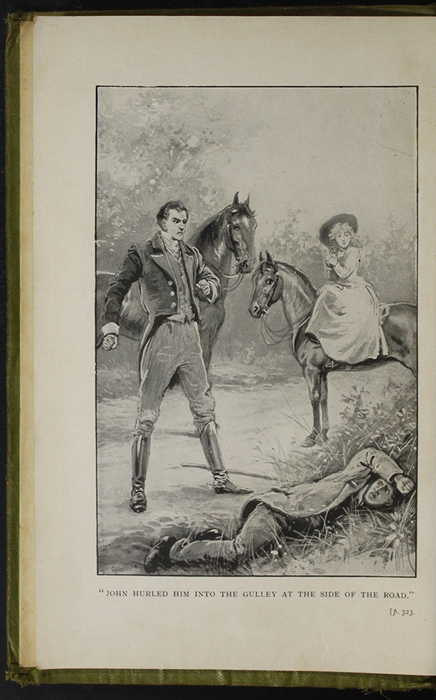 This illustration, appearing as the frontispiece to the [1910] S.W. Partridge & Co., Ltd. Edition, depicts John throwing Mr. Saunders into a gulley Mr. Saunders' harassment of Ellen. Ellen sits on her horse, the Brownie, watching fearfully from a distance, as John stands on a dirt road with his fists clenched over the frightened Mr. Saunders, who lays in the gulley, his arm raised over his head in an act of defense. A caption below the illustration quotes a sentence from page 373 of the text and reads, "John hurled him into the gulley at the side of the road." John's formal attire, menacing facial features, and erect stature emphasizes his height, while the common clothing, defensive position, and frightened facial features act to highlight the inferiority of Mr. Saunders.