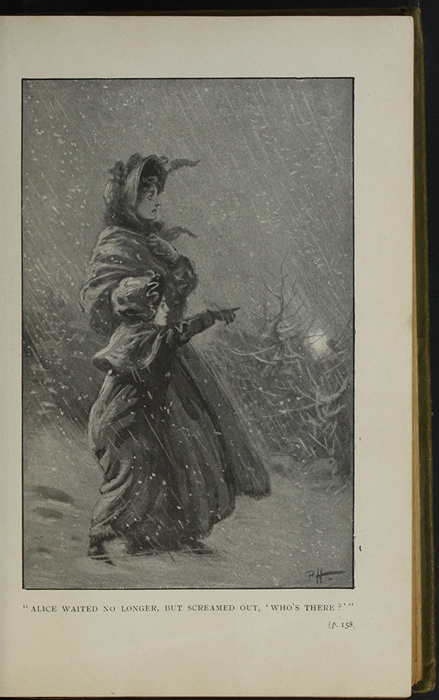 This illustration, appearing on page 158a of the S.W. Partridge & Co., Ltd. Edition, depicts Alice and Ellen caught in a snow storm while returning home from Mrs. Vawse's. Alice stands clutching her shawl close to her neck and looking toward a light that has appeared behind a row of pointed branches as Ellen stands next to her pointing toward the light. A caption below the illustration quotes a sentence from page 158 of the text and reads, "Alice waited no longer, but screamed out, 'Who's there?'" This sentence illustrates the emotion felt by both characters in the scene as their fear and uncertainty in the midst of a raging snow storm is heightened by the appearance of a strange light in the distance. An illustration of the snow storm first appeared in the 1853 G. P. Putnam edition (see 11CIA).