Frontispiece to the 1852 T. Nelson & Sons Reprint Depicting the Brook 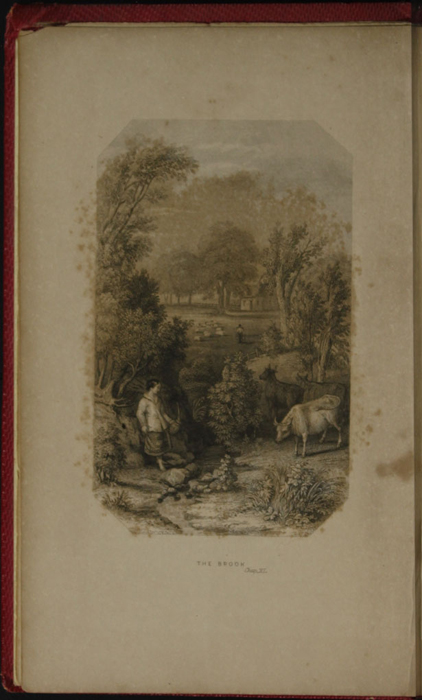 This illustration, appearing as the frontispiece to the 1852 T. Nelson and Sons reprint, depicts the brook. A caption below the illustration reads, "The Brook." The illustration is dominated by foliage that extends along the sides, middle, and back of the image. A young girl or woman (possibly Ellen) stands leaning against a rock in the foreground near the small brook as several cattle graze nearby. In the background, a figure can be seen tending a flock of sheep (possibly Mr. Van Brunt). Behind the field where the sheep stand, a small house or cottage can be seen nestled against the tree line.