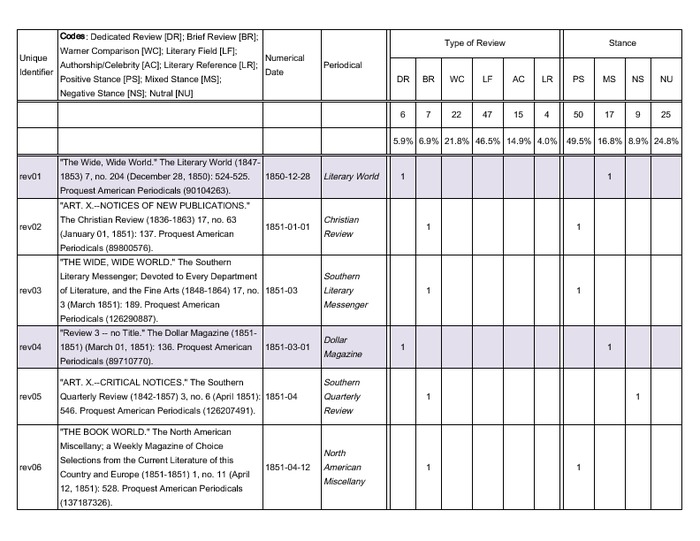 The spreadsheet lists 103 reviews of The Wide, Wide World, published in various American periodicals from 1850-1859, and encodes the reviews by type and stance.

Using Proquest’s American Periodicals database, I searched the phrase “wide wide world,” with the additional limiting dates of 1850-1859. I went through the 368 results, year by year, and collected reviews of Warner’s novel. I did not download reviews of other novels by Susan Warner unless the reviewers mentioned The Wide, Wide World for the sake of literary comparison (e.g., better or worse than Warner’s first novel) or when they touched on the quality of her authorship in a general sense. I ignored advertisements and lists of announcements. Essentially, if there were any sorts of value judgments about The Wide, Wide World or the quality of Warner’s writing, then I included the reviews (no matter how brief). The data set is iimited by the fact that it only documents reviews found in periodicals contained within American Periodicals.