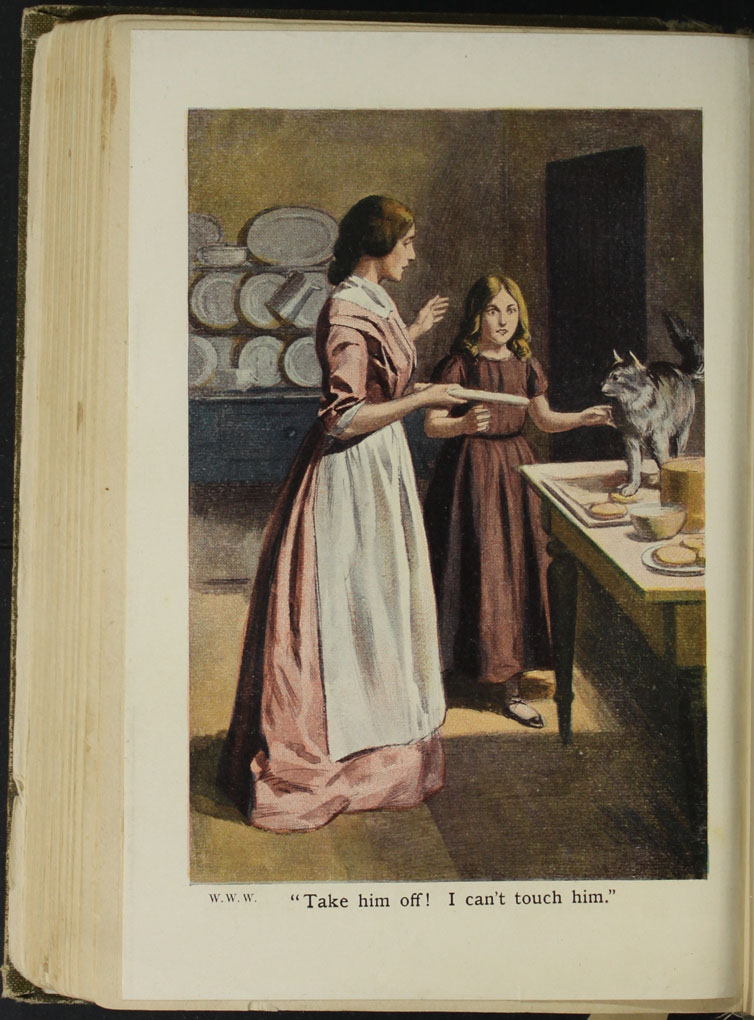 This full-color illustration, found on page 156b of the [1907] Collins' Clear-Type Press reprint, depicts Ellen and Alice making cakes. In the illustration, Ellen, dressed in red, and Alice, dressed in pink and white, stand in Alice's kitchen before the baking table; there is a sideboard with plates behind them. Ellen looks at Captain Parry with wide eyes as Alice points a rolling pin at the cat who is putting his paw on one of the cakes. A caption below the illustration reads, "Take him off! I can't touch him."