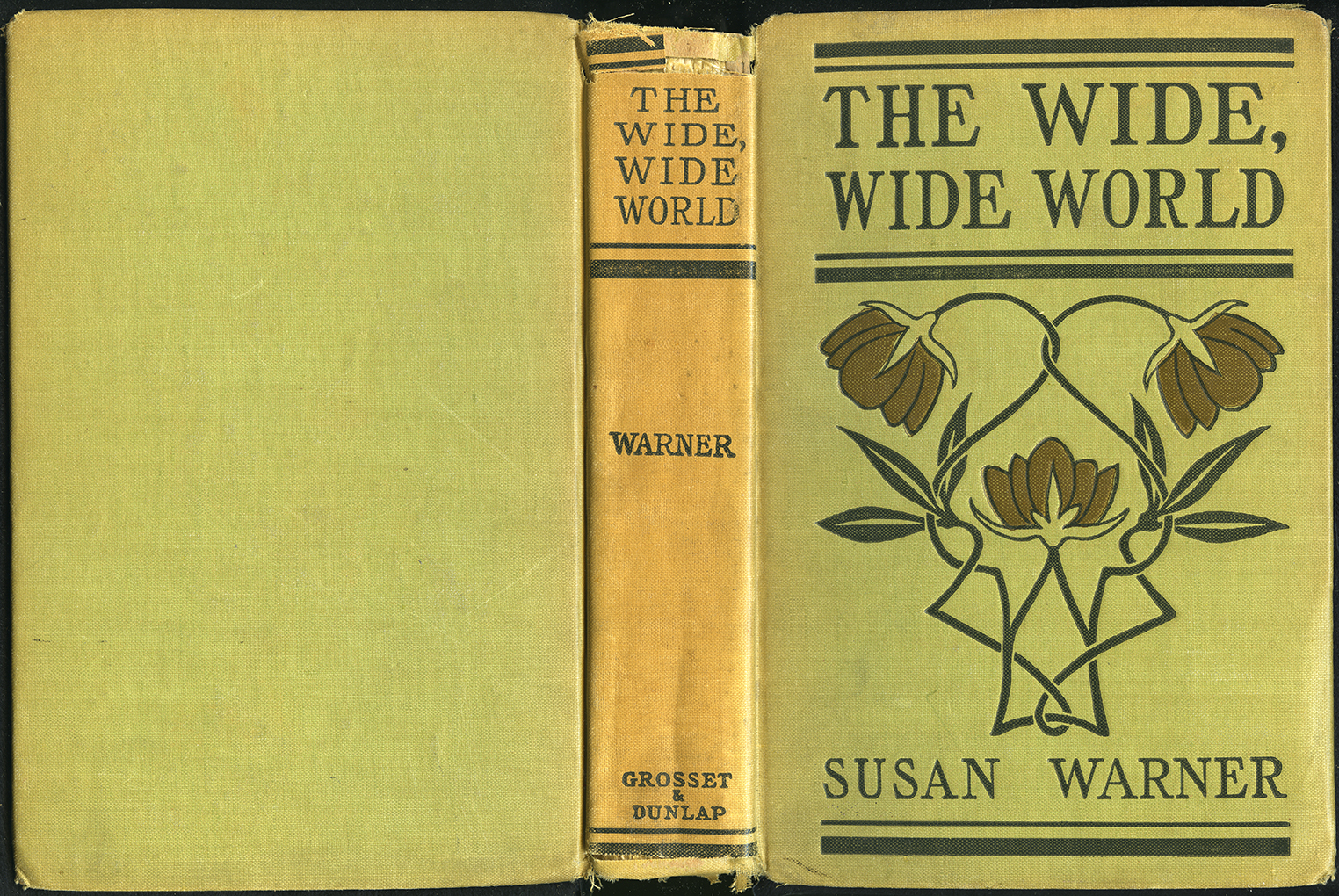 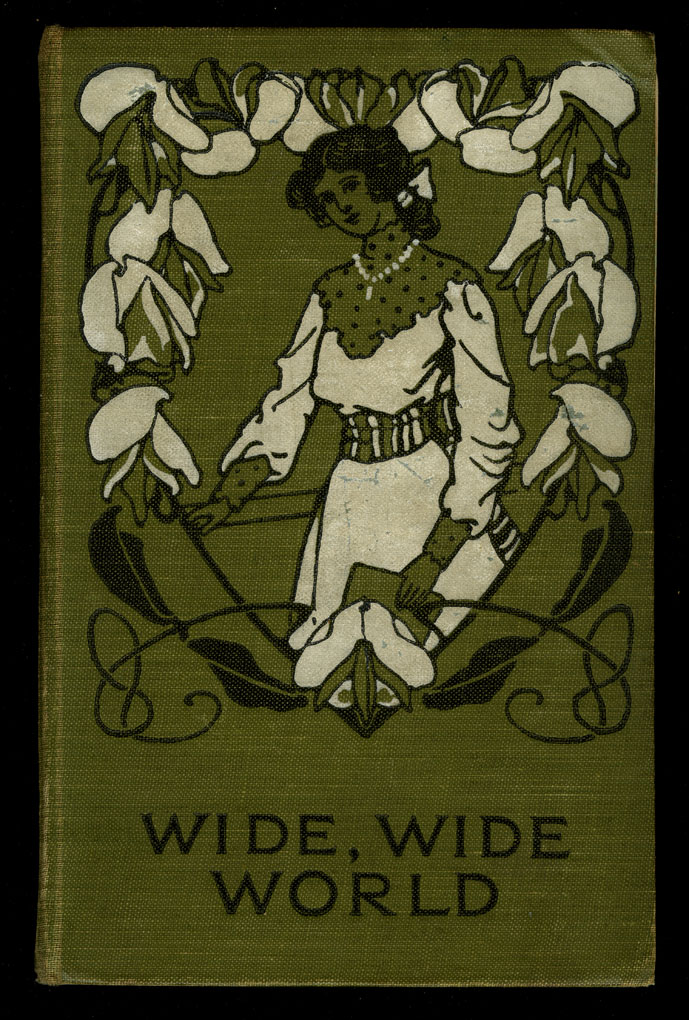 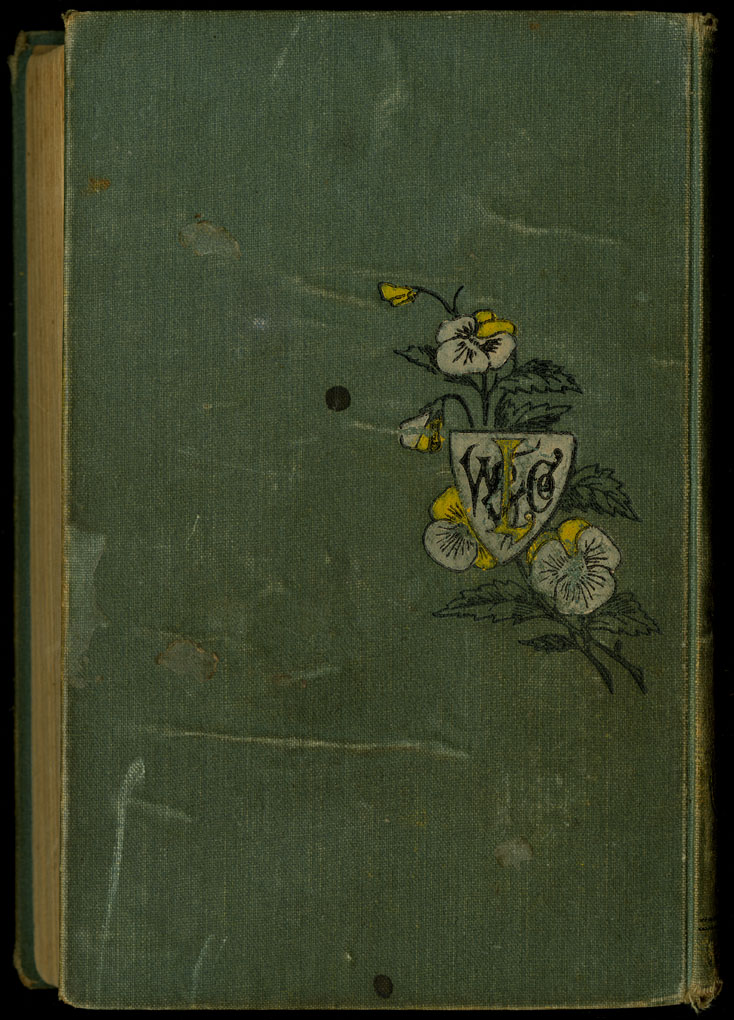 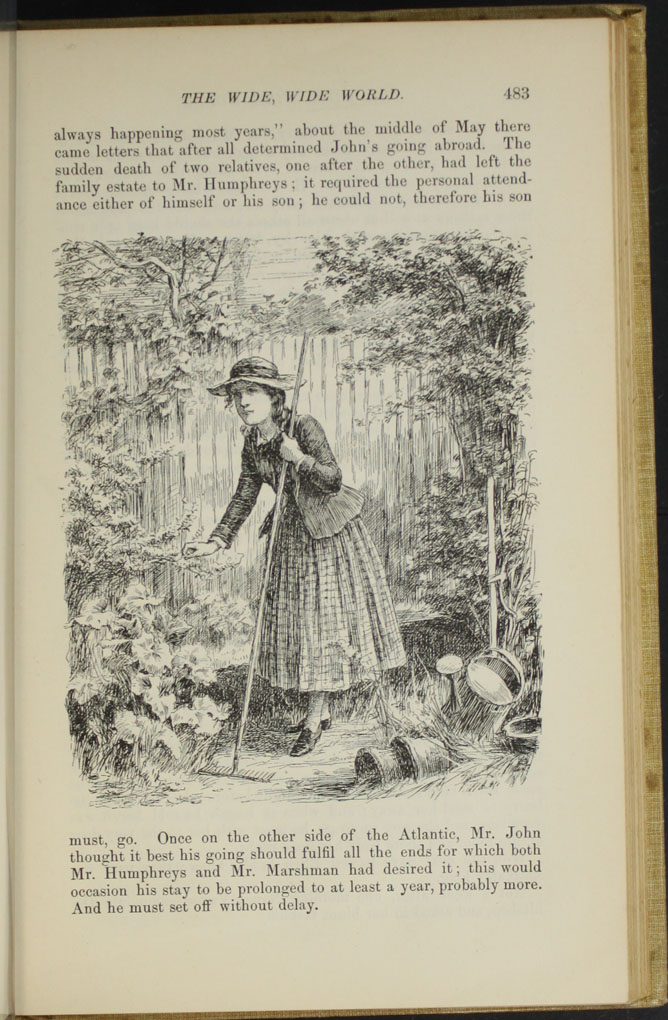 This black and white illustration appearing on page 483, of the 1892 J. B. Lippincott Company "New Edition" Reprint, depicts Ellen tending a garden in Scotland. In the illustration, Ellen stands leaning against a rake, her hand resting on a blooming branch. She looks away distractedly, and is wearing a gingham gown, a dark jacket, and plain straw brim hat. A tall fence stands behind her, blocking any view of the landscape beyond the tended garden. Several gardening pots and a watering can lie on the ground near Ellen's feet. 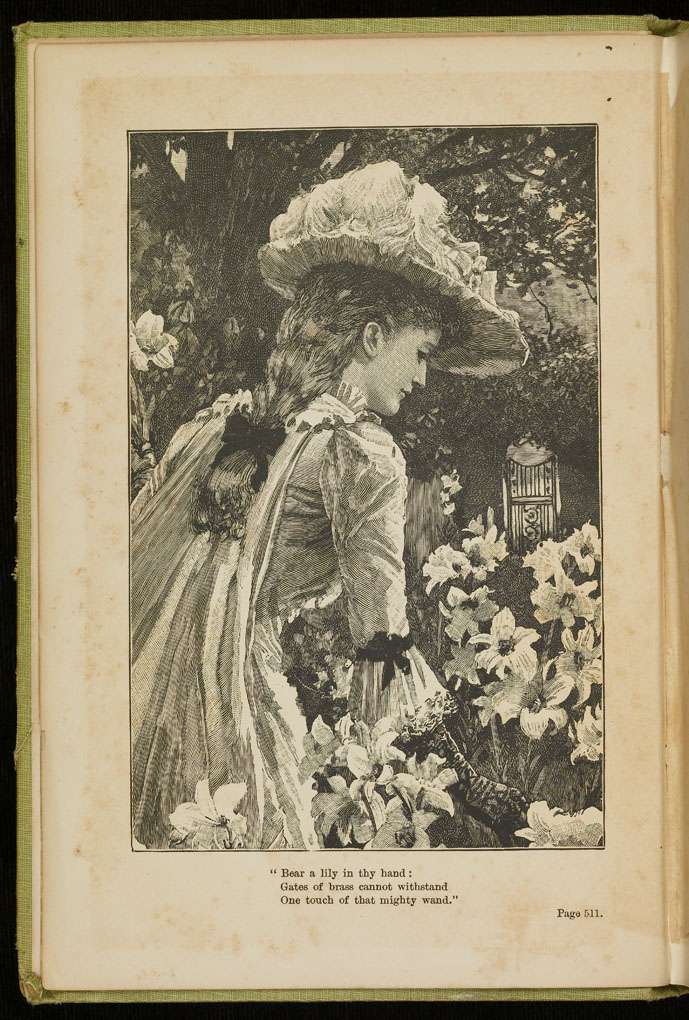 This illustration, appearing as the frontispiece to the 1896 Hodder and Stoughton reprint, depicts Ellen in a flower garden. The caption is a stanza from Henry Wadsworth Longfellow’s 1842 poem “Maidenhood.” There is a reference to page 511, the first page of Chapter XLVIII, during which Ellen and her Uncle Lindsay tour Edinburgh. In addition to being quoted in this caption, Longfellow’s stanza appears as an epigraph to the chapter referenced and to the novel as a whole. The image portrays Ellen within a lily patch, positioned in a demure stance with her head bowed, and emphasizes Ellen’s purity while reinforcing her connection to the divine. The gate in the background refers to Longfellow’s verse and to Biblical “gates of brass,” broken down by an Old Testament God (King James Version, Ps. 107.16 and Isa. 45.2).

Illustration on Page 325 of the 1896 Hodder and Stoughton Reprint Depicting Ellen in the Greenhouse with Mr. Hutchinson

This black and white illustration appearing on page 325 of the 1896 Hodder and Stoughton Reprint, depicts Ellen standing in the greenhouse facing the gardener Mr. Hutchinson, who is holding a bouquet. Ellen is holding a basket and leaning slightly on a raised flower bed. Beneath the illustration, the caption reads "Ellen watched him as the bunch grew in his hand," from page 325 of the text. This illustration first appeared on page 38d of the second volume of the 1888 J.B. Lippincott & Co. edition (See 6CIA).