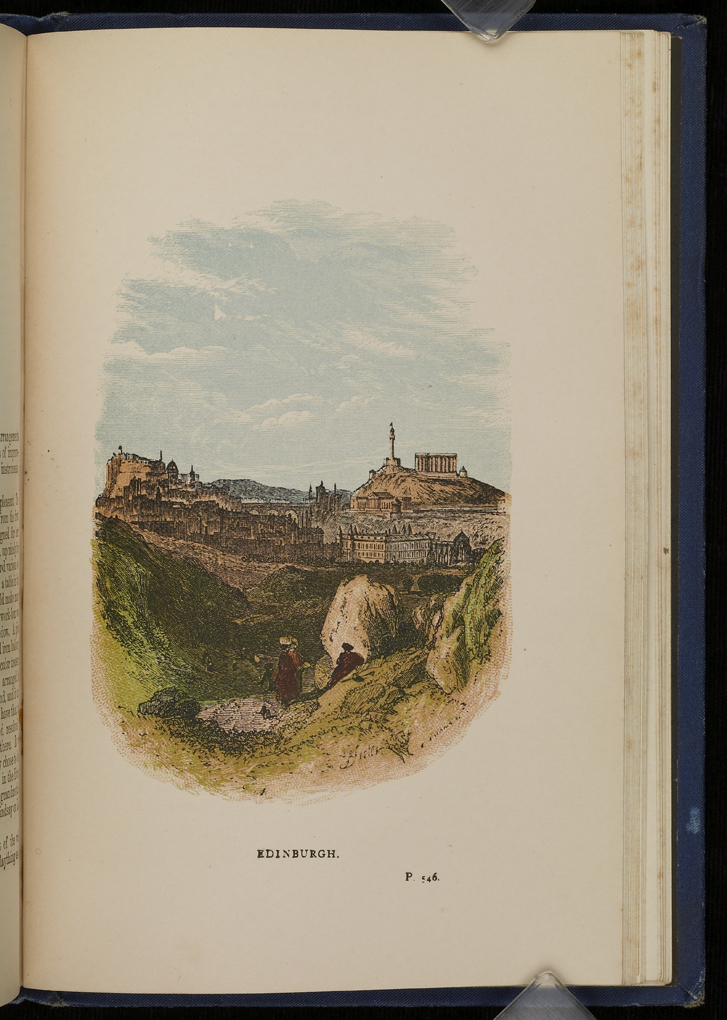 This 4-color wood engraving, appearing on page 546a of the 1886 James Nisbet "New Edition" Golden Ladder Series reprint, depicts Edinburgh from a distance. The illustration first appeared without color in James Nisbet's 1853 Author's Edition (see 3WIS). The caption to the image reads "Edinburgh" with a reference to page 546. The landscape captures the natural beauty of the hilly terrain, while also showing the large edifices and monuments known to that city, such as the Nelson Monument, which spires up into the pale, cloudy blue sky. In the front center of the image are tourists gazing upon old Edinburgh. 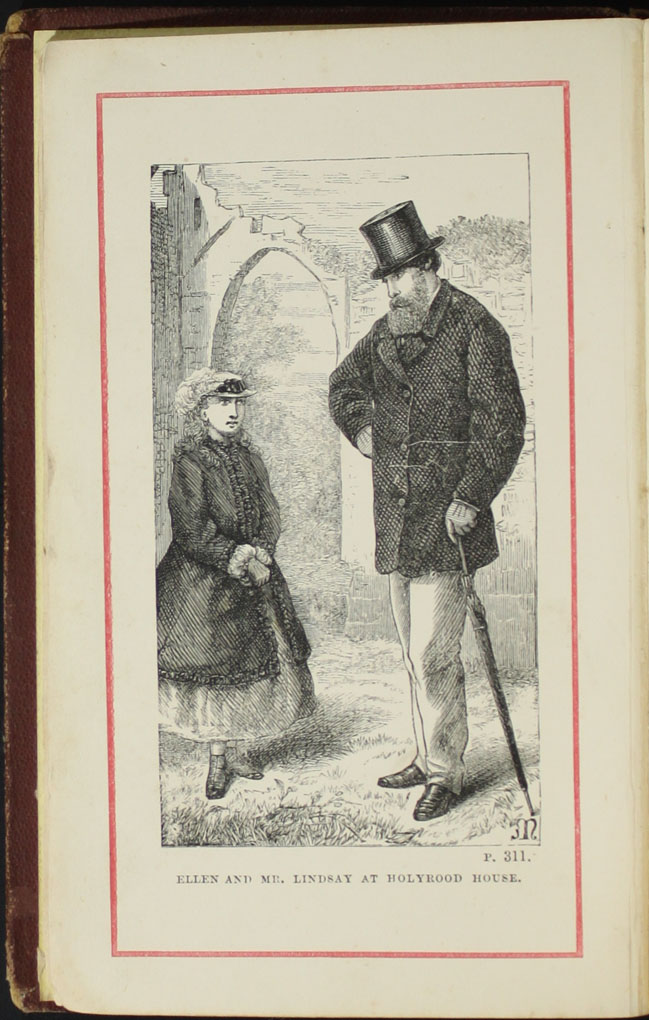 This black and white frontispiece is from the 1878 Milner & Co. Reprint. It depicts Ellen and Mr. Lindsay at Holyrood House. The ruins of the house are decayed and crumbling behind the two characters. Ellen and Lindsay are dressed in dark traveling clothes. Ellen is wearing a straw hat with a large plum on it. Mr. Lindsay is wearing a top hat and dark jacket and is carrying an umbrella.