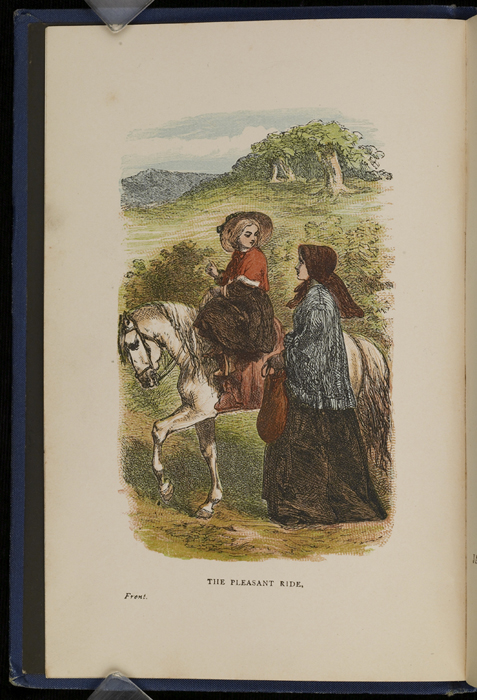 This illustration, appearing as the frontispiece to the 1886 James Nisbet and Co. edition, depicts Ellen seated upon a white pony named Sharp, while speaking with Alice who walks alongside. The caption beneath the illustration reads "The Pleasant Ride." Both characters are dressed in simple traveling clothes, and appear to be conversing with one another as they travel through a pastoral landscape comprised of small shrubs, rather large trees in the back ground, and a mountain in the horizon.