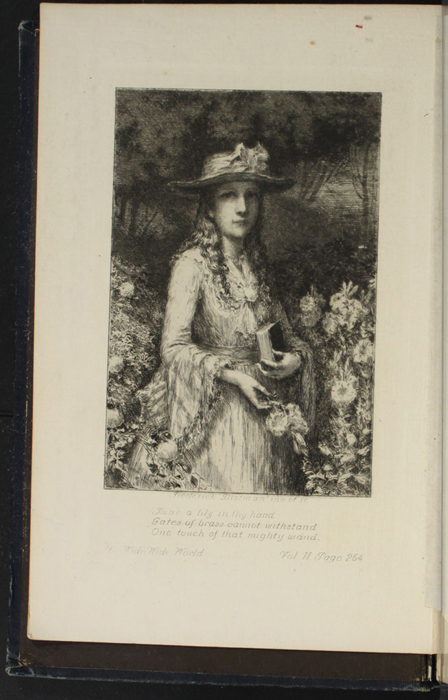 This illustration, appearing as the frontispiece to the 1888 J. B. Lippincott Company reprint, depicts Ellen standing in a garden. A caption below the illustration reads, "Bear a lily in thy hand: / Gates of brass cannot withstand / One touch of that mighty wand." This caption quotes a stanza from Henry Wadsworth Longfellow's poem "Maidenhood," and emphasizes Ellen's innocence and purity. In the illustration, Ellen stands in a garden surrounded by flowers and trees. She holds a book in one hand and caresses a lily with the other. She wears a brimmed hat with a bow and gazes directly at the viewer of the illustration. Below the illustration is also the name of the illustrator, Frederick Dielman, as well as the title of the novel and the volume and page number.