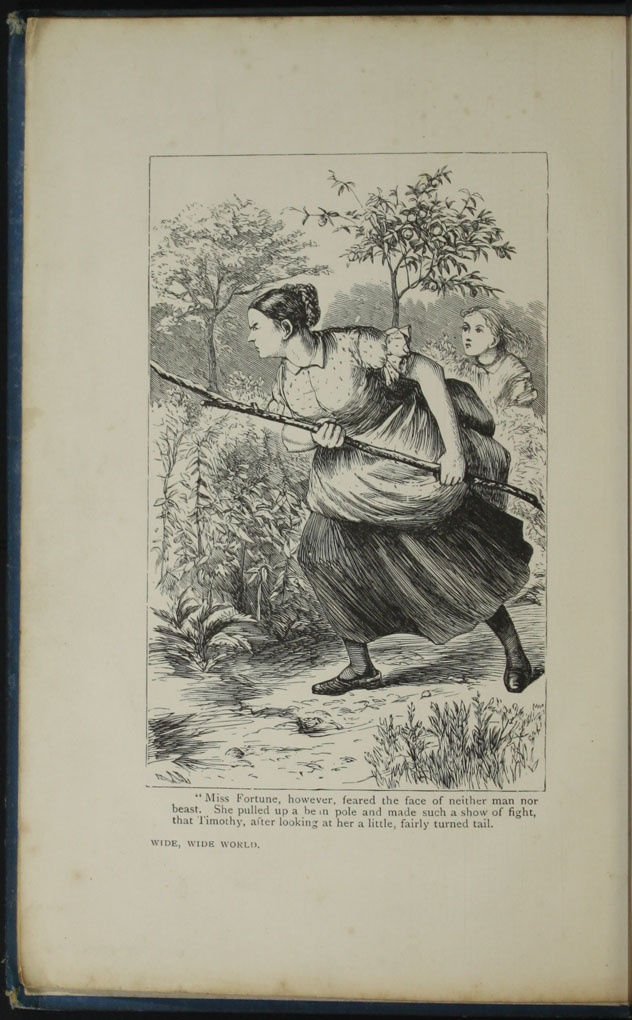 A black and white frontispiece from the 1899 George Routledge & Sons, Ltd. Reprint. The image depicts Aunt Fortune, brandishing a bean pole, a determined and fierce look on her face, ready to fight off Timothy the bull. Ellen stands behind her, hiding in a bush. 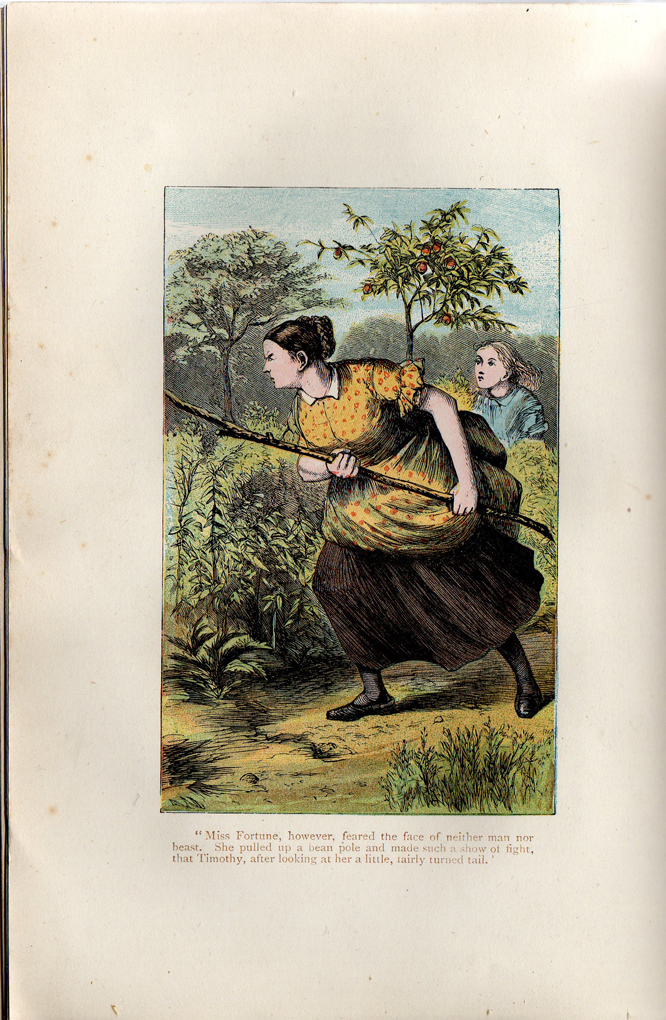 This illustration, appearing on page 388b of the [1899] George Routledge and Sons edition, depicts Aunt Fortune holding a bean pole as she chases her bull, Timothy. She stands among several waist-high bushes as Ellen watches her from behind the plants. Aunt Fortune is dressed in a yellow and brown dress and leans forward as if to charge toward the bull. There is a caption below the illustration from page 389 which reads, "Miss Fortune, however, feared the face of neither man nor beast. She pulled up a bean pole and made such a show of fight, that Timothy, after look at her a little, fairly turned tail."