Illustration on Page 230b of the 1853 H.G. Bohn Reprint, Version 2 Depicting the Letter Carrier Arriving 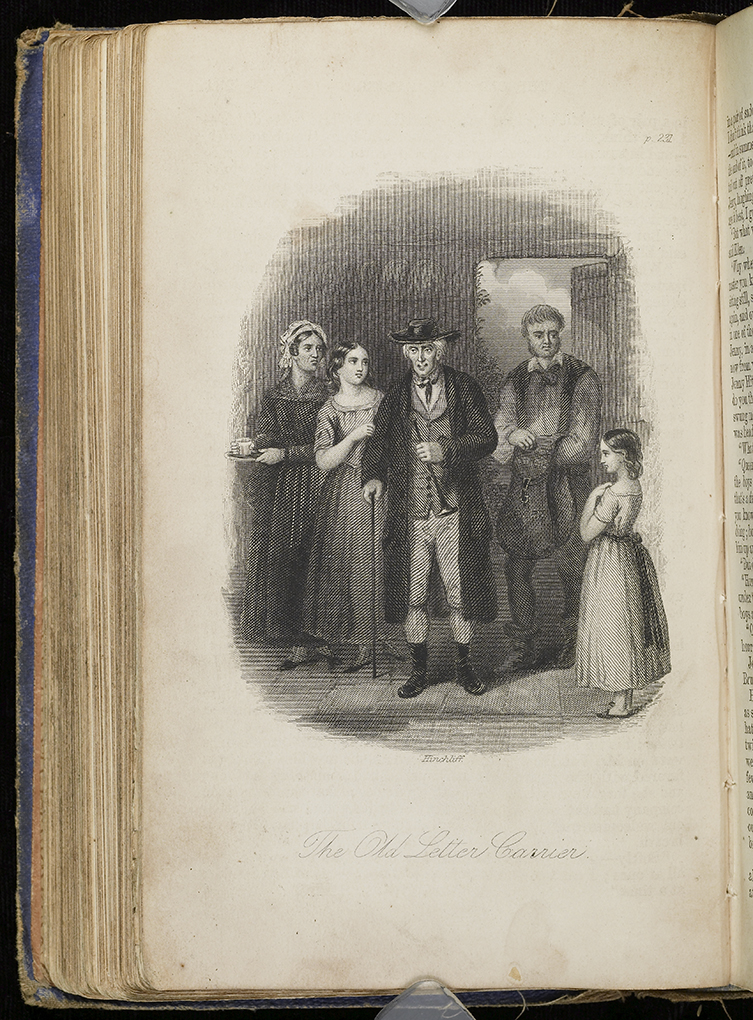 This is the illustration on page 230b of the 1853 H.G. Bohn Reprint, Version 2 Depicting the letter carrier arriving. The black and white image depicts Ellen, Aunt Fortune, Mr. Van Brunt and Alice gathered around Father Swaim. Aunt Fortune is off to the side, carrying a tray, looking disgruntled. Alice holds onto Father Swaim's arm. Mr. Van Brunt comes in from the open doorway, carrying a satchel in front of his chest, looking down at a small Ellen, who has her hands clasped over her chest. Father Swaim, wearing his hat and his coat, carries a cane in his right arm. At the bottom of the depicted scene is the title, "The Old Letter Carrier".

Illustration on Page 230C of the 1853 H. G. Bohn Reprint, Version 1 Depicting the Letter Carrier Arriving at the Apple Bee 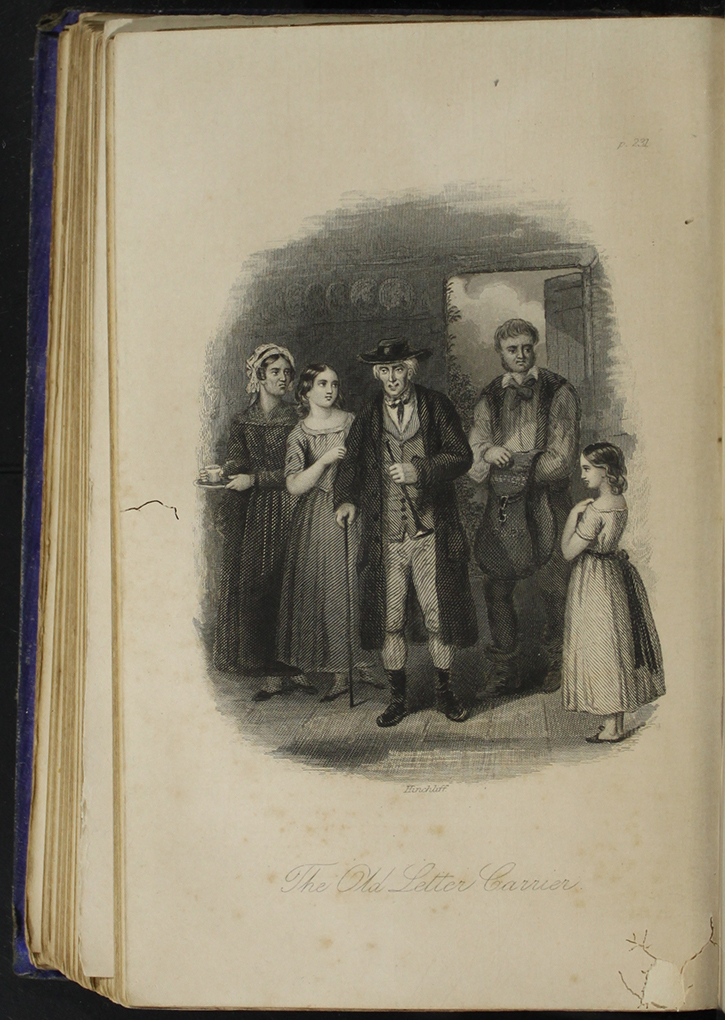 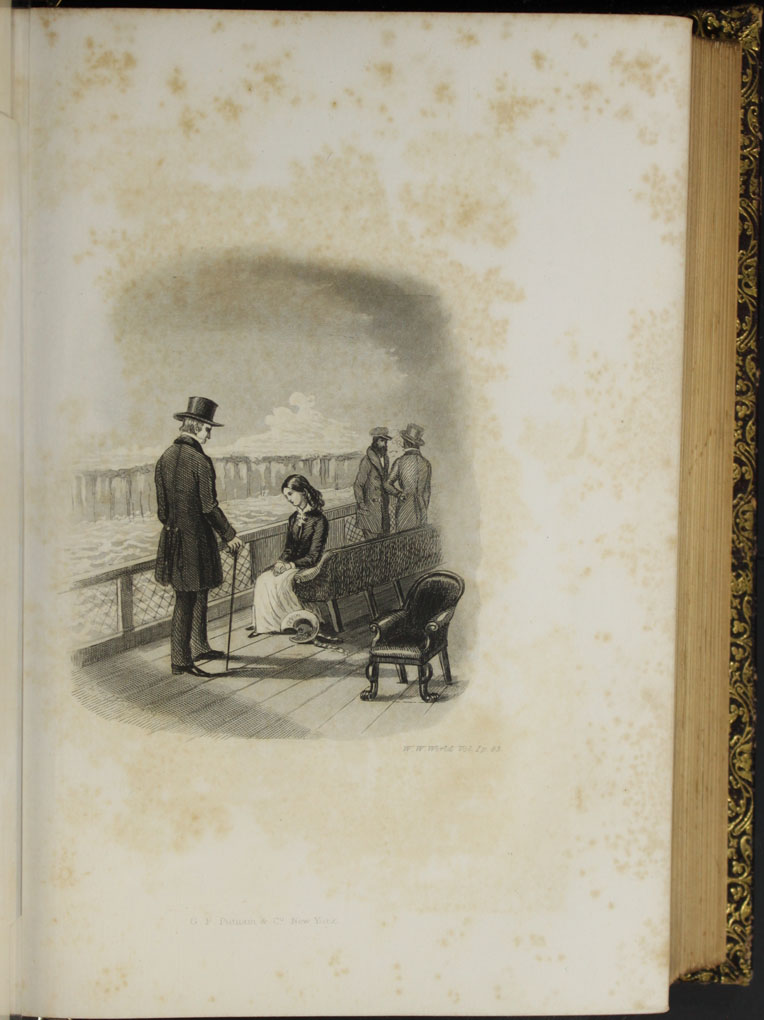