Illustration on Page 375 of the 1892 J. B. Lippincott Co. "New Edition" Reprint Depicting Ellen and Margery 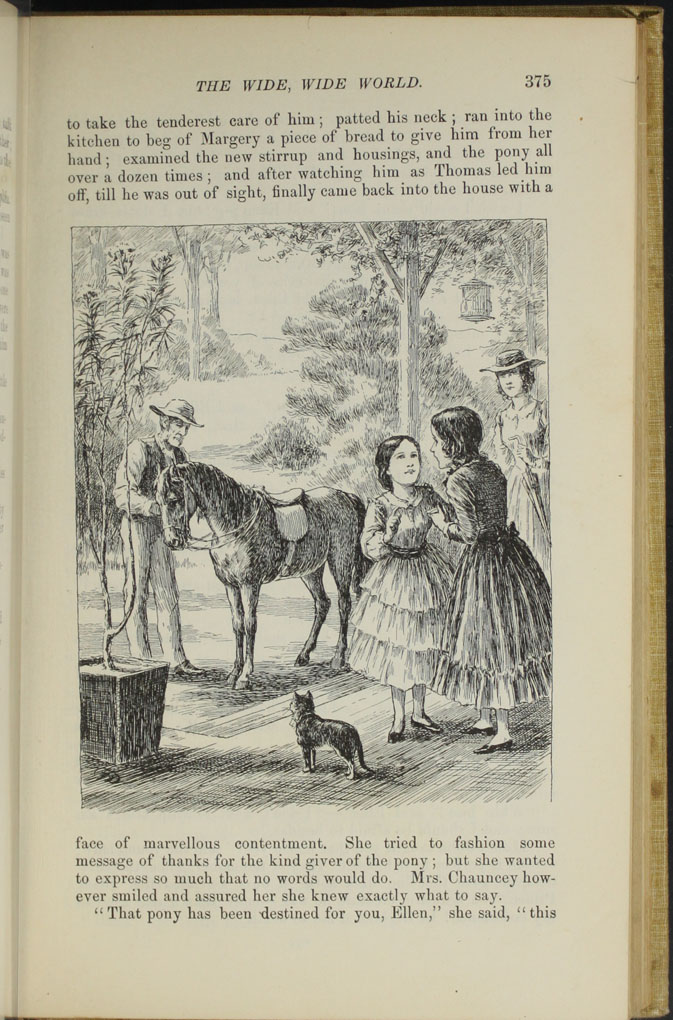 This illustration is from the 1892 J.B. Lippincott "New Edition". This is an in-text illustration on page 375. Ellen and Margery are discussing the pony behind them as Thomas leads him away, Mrs. Chauncey looking on. 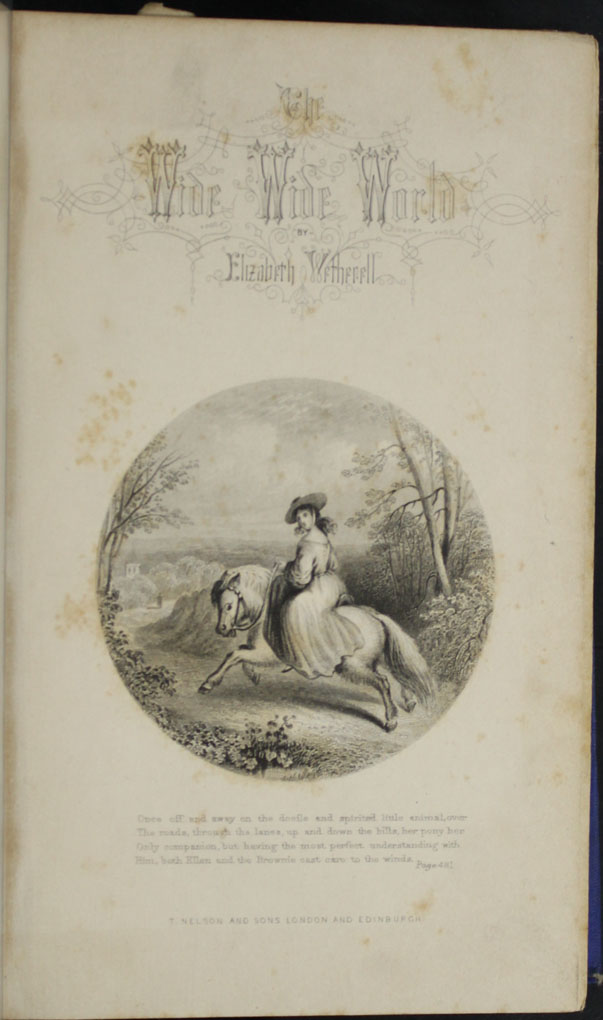 This black and white illustration, appearing as the title page vignette to the 1852 T. Nelson & Sons reprint, depicts Ellen riding The Brownie. A caption below the illustration quotes a passage from page 481 of the novel. In the illustration, Ellen sits atop The Brownie as he leaps into the air. Both Ellen and The Brownie look back as if at the viewer of the illustration as they ride in the opposite direction along a path flanked by foliage. A small figure can be seen on the left side of the image in the background, as well as a small white structure that emerges from the top of the tree line. The sense of movement invoked by the position of The Brownie is contrasted by the stillness of the landscape that extends behind Ellen. 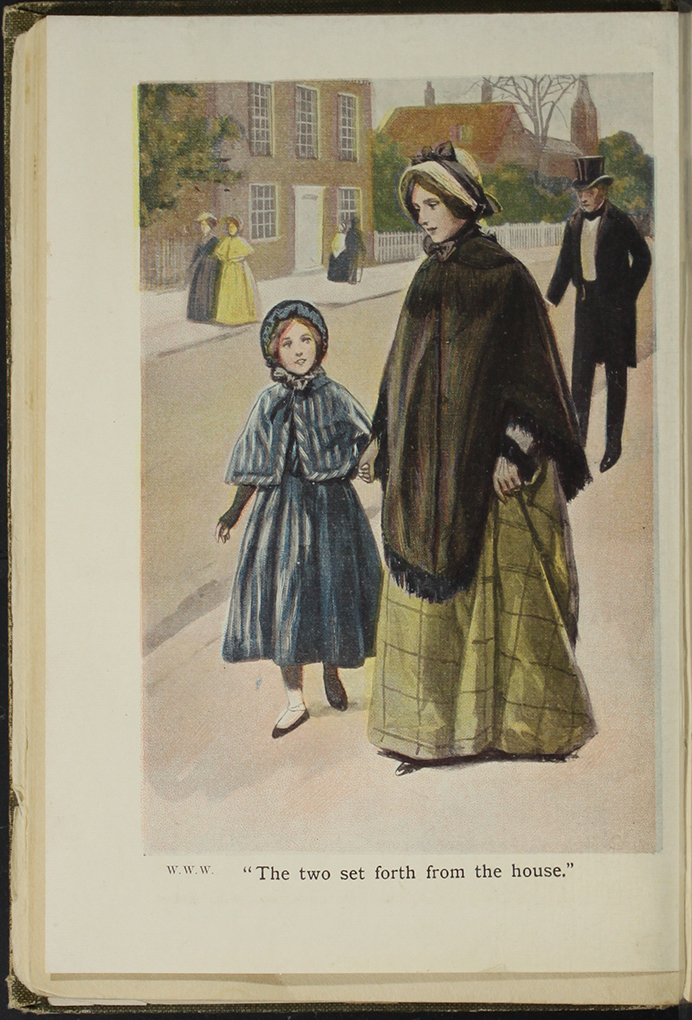 This full-color illustration, found on page 22b of the [1907] Collins' Clear-Type Press reprint, depicts Ellen and Mamma on their shopping trip. In the illustration, Ellen is holding hands with Mamma as they walk on the sidewalk to the shop. A caption below the illustration reads, "The two set forth from the house."