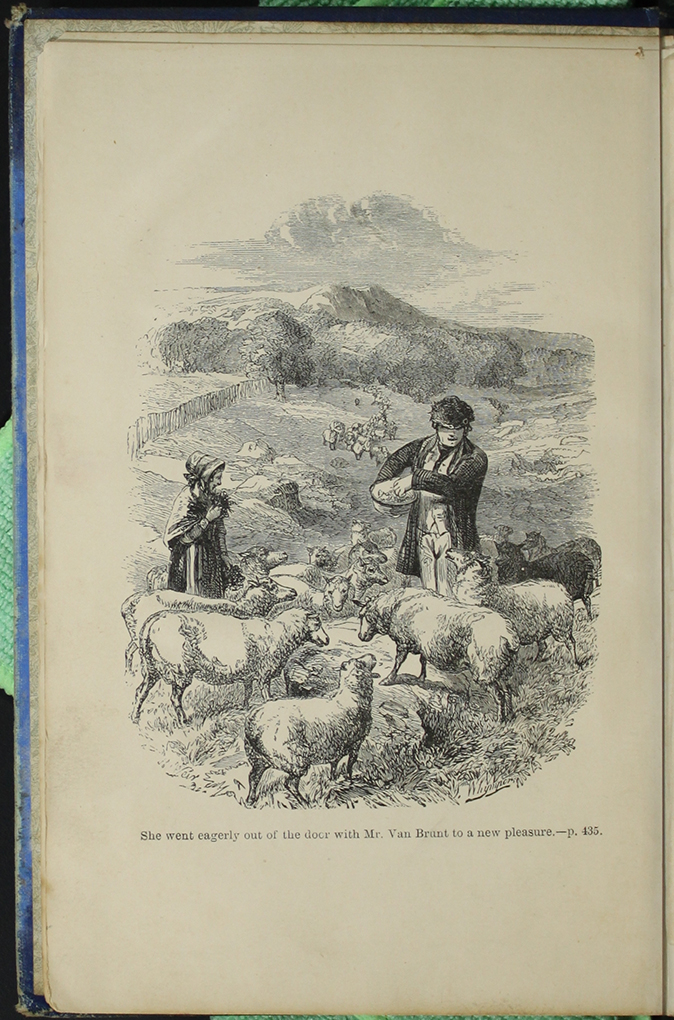 This black and white illustration, appearing as the frontispiece to the [1890] Frederick Warne and Co. reprint, depicts Mr. Van Brunt tending his flock of sheep. A caption below the illustration quotes a sentence from page 435 and reads, "She went eagerly out of the door with Mr. Van Brunt to a new pleasure," and describes Ellen's excitement as she looks down at the sheep around her. Mr. Van Brunt stands near her, throwing feed to the sheep from a bowl tucked under his arm. A fence extends down the left side of the illustration toward a large mountain in the background, over which looms a billowy cloud. The field where Mr. Van Brunt and Ellen stand is mostly bare except for several trees that stand near the mountain.