Illustration on Page 98b of the [1899] George Routledge & Sons, Ltd. Reprint Depicting Ellen at the Spout 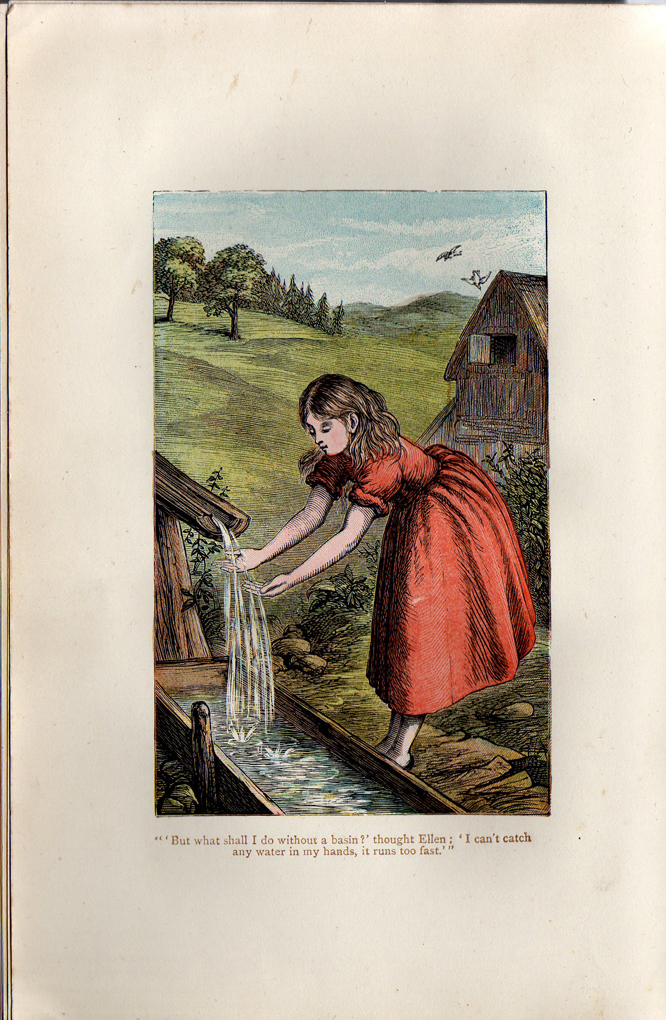 This illustration, appearing on page 98b of the [1899] George Routledge and Sons reprint, depicts Ellen attempting to wash at a spout behind her Aunt Fortune's home. Ellen leans over a trough, unsuccessfully attempting to catch water in her hands. A barn stands behind Ellen as several white birds circle above it, and her bright red dress stands out against the lush green hills and trees that extend into the background behind her. A caption below the illustration quotes a passage from page 90 reads, "'But what shall I do without a basin?' thought Ellen; 'I can't catch any water in my hands, it runs too fast.'" Ellen's obvious discomfort in nature is highlighted by her failed attempt to catch the water, but the openness of the hills behind her suggests an opportunity for discovery. An image of the spout first appeared in volume 1 of the 1853 George Palmer Putnam Edition (see 11CIA).