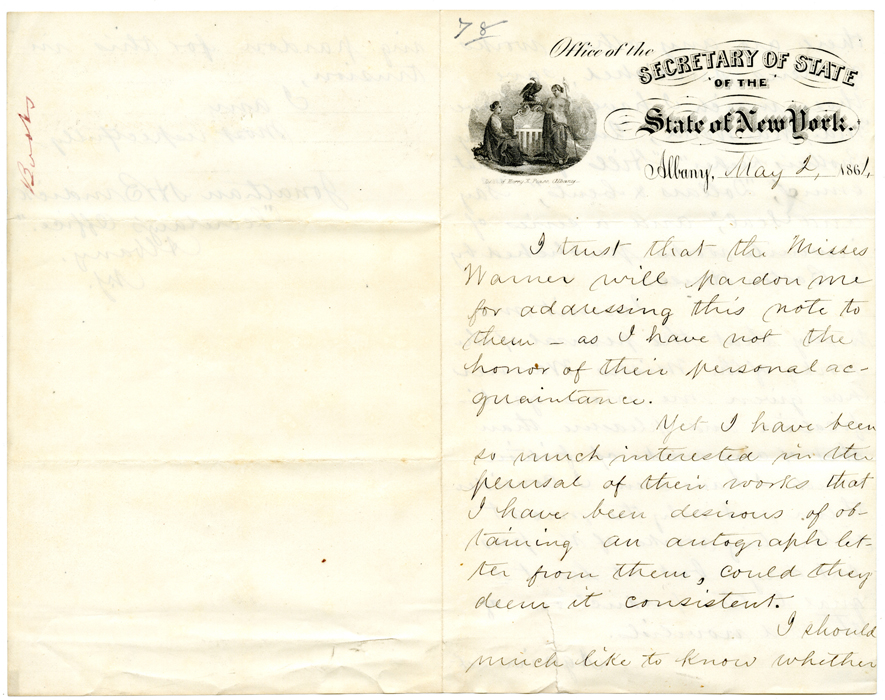 I trust that the Misses Warner will pardon me for addressing this note to them – as I have not the honor of their personal acquaintance.

Yet I have been so much interested in the perusal of their works that I have been desirous of obtaining an autograph letter from them, could they deem it consistent.

I should much like to know whether there are any other works of theirs published, save those which I have.  I have “Wide, Wide World”, “Queechy”, “My Brother’s Keeper”, “Hills of the Shatemuc”, “Dollars & Cents”, “Say and Seal,” and a series of juvenile works published by a Boston House.

Permit me to say that the perusal of the works of the Misses Warner has given me more gratification and pleasure than that of any works of fiction which I have seen.  I consider them not only the most interesting works of the present day – but at least equal to the productions of the old novelists.

Again asking pardon for this intrusion,